Israel is 60, Zionism is Dead, What Now? 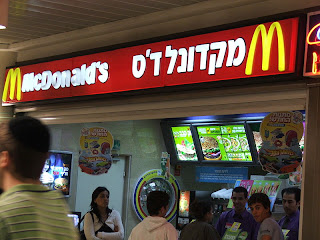 "......Israel has been unable, however, to end the conflict over its creation that has raged since 1948 on its own terms. The Palestinians driven out during the Nakbah have not simply disappeared or been absorbed into surrounding Arab populations, as Israel’s founders had hoped. And without justice for the Palestinians, Israel is no closer now than it was 60 years ago to being able to live in a genuine peace with its neighbors.

At this point, however, the Israelis don’t seem to care.

The curious irony of history, though, is that while the Zionist movement managed to successfully create a nation state in the Middle East against considerable odds, that movement is dead — the majority of Jews quite simply don’t want to be part of a Jewish nation-state in the Middle East. And so the very purpose of Israel has come into question. Jewish immigration to Israel is at an all-time low, and that’s unlikely to change. In a world where persecution of Jews is increasingly marginal, the majority of Jews prefer to live scattered among the peoples, rather than in an ethnic enclave of our own. That’s what we’ve chosen. So where does this leave Israel?........"
Posted by Tony at 6:52 AM