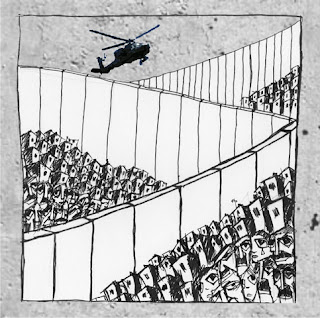 Omar Barghouti, The Electronic Intifada, 8 May 2008

"In 1965, the American Committee on Africa, following the lead of prominent British arts associations, sponsored a historic declaration against South African apartheid, signed by more than 60 cultural personalities. It read: "We say no to apartheid. We take this pledge in solemn resolve to refuse any encouragement of, or indeed, any professional association with the present Republic of South Africa, this until the day when all its people shall equally enjoy the educational and cultural advantages of that rich and beautiful land."

If one were to replace "Republic of South Africa" with the "State of Israel," the rest should apply just as strongly. Israel today -- 60 years after its establishment through a deliberate and systemic process of ethnic cleansing of a large majority of the indigenous Palestinian population (for an authoritative historical account of the "birth" of Israel, refer to Ilan Pappe's The Ethnic Cleansing of Palestine) -- still practices racial discrimination against its own "non-Jewish" citizens; it still maintains the longest military occupation in modern history; it still denies Palestinian refugees -- uprooted, dispossessed and expelled by Zionists over the last six decades -- their internationally-recognized right to return to their homes and properties; and it still commits war crimes and violates basic human rights and tenets of international humanitarian law with utter impunity......."
Posted by Tony at 6:22 AM