Selling the War with Iran 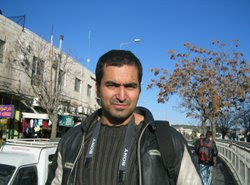 ".....The Post actually thinks there is a way to "nurture" a "popular backlash against Iran's military adventurism" in the region.

In a region devoid of democracy a popular backlash would not matter anyway, but Hizballah and Hamas are popular in the region, the U.S. and its occupation of Iraq are not popular. Perhaps with enough payoffs, cajoling and threats the U.S. can nurture a backlash among the unpopular dictators it supports in the Middle East. But the backlash by the people of the region is against America's military adventurism, not Iran's. The Americans hope to persuade the skeptical people of the region that Iran is their real enemy. And it was clear the Prime Minister and President of Iraq clearly did not view Iran as a threat when they welcomed Mahmud Ahmedinajad to Baghdad like a dear friend......

The truth is, most allegations about Iran's role in Iraq and the region are unfounded or dishonest. Iran was responsible for ending the recent fighting in Basra and calming the situation after Iraqi parliamentarians who backed Prime Minister Maliki approached it. The Iranians, never close to Muqtada or his family, were so annoyed with Muqtada and his presence that they reportedly ordered him out of Iran where he had been living in virtual house arrest anyway since arriving six months earlier. Iranian officials and the state media clearly supported Prime Minister Maliki and the Iraqi government against what they described as "illegal armed groups" in the recent conflict in Basra, which is not surprising given that their main proxy in Iraq, the Supreme Iraqi Islamic Council dominates the Iraqi state and is Maliki's main backer.

The Supreme Council is of course also the main proxy for the US in Iraq and somehow in the Senate testimony it was forgotten that its large Badr militia was established in Iran and is actually the only Iraqi opposition group to have fought on the Iranian side against Iraq during the Iran-Iraq war. Moreover, the Badr militia was a branch of the Iranian Revolutionary Guard that is so demonized today, and Badr dominates the ministry of interior, if not most of Iraq at the higher echelons. But none of this openly available information made its way to the Post's editorial writers or the dominant discourse in the US.......

Salah al Ubaidi, Muqtada al Sadr's spokesmen recently admitted that his movement was not getting along with Iran. Iran had helped them in the past but accounts of large Iranian arms shipments were "greatly exaggerated." Muqtada refused to be a slave to Iran he said, implying that other Iraqi Shiite leaders were. In fact Mahdi Army members in Iraq have taken to blaming the actions of their more notorious members on Iran, adopting a position similar, if disingenuous, to that of Iraq's Sunnis. Al Ubaidi also recently denounced Iran, accusing it of sharing control of Iraq with the Americans and criticizing Iran for not objecting to the long term security deal the Americans and Prime Minister Maliki are working on, to make the American military presence a permanent one.

There is no proxy war in Iraq, because the US and Iran share the same proxy and the US installed that proxy and empowered it. Today, to the extent that we can talk about an Iraqi "state," it is dominated by the Supreme Council and its Badr militia. The Sadrist movement of which the Mahdi Army is a loose militia is also the largest humanitarian organization in Iraq, providing homes, security, rations, clothes and other services to hundreds of thousands of Iraqis. It is a complex movement and certainly is as guilty of crimes as all the other groups that took part in the Iraqi civil war, including the Americans.

But it is also the most popular and legitimate movement in Iraq, and the one sure to outlast the others, despite predictions by former Bush lackeys such as Dan Senor that it was losing ground. The American and Iraqi Army attacks only increased support for the Mahdi Army, justifying the feeling many poor Shiites have that they are marginalized and threatened. Now that they have walled off the Sadrist Shiite strong hold of Sadr City in Baghdad, the Americans are only increasing the feeling among Muqtada's supporters that they are targeted just as they were under Saddam, who also besieged that area. The fact that the Americans are routinely killing civilians, including children, in Sadr City, will not win their Iraqi proxies any new supporters.......

Lebanese Hizballah is not part of an Iranian conspiracy, it is a massively popular political party with more legitimacy than most other movements in Lebanon, and it is the only serious political party in Lebanon that is not built around one personality, but rather around enduring institutions. It is also a successful resistance movement admired throughout the region for defeating the Israelis while defying the Americans and thwarting undemocratic Saudi and American plans for Lebanon. One could just as easily say that the sectarian Sunnis and former warlords who control the Lebanese government are paralyzing that state by refusing to allow a more representative and legitimate distribution of power that would include Hizballah and its Christian allies.

Sunnis in the region have a racist sort of habit of viewing all Shiite Arabs as Persian, Safavid, Iranian disloyal fifth columnists. Like the Americans, they ignore the Lebanese nationalism of Hizballah and the Iraqi nationalism of Muqtada al Sadr and the Mahdi Army. Both movements are local and not part of any Shiite crescent. And if Hamas's militancy is a problem then perhaps the 60 years of Israeli occupation and Palestinian dispossession should finally be addressed. There has not been a Hamas "buildup" in Gaza, as the Post states. Like Hizballah, like the Mahdi Army, like other popular social movements, it is part of the people and their struggle.

This same American alliance with the so called "moderate" Sunni Arab countries, which are in fact dictatorships with gruesome human rights records, is backing Sunni militias in Lebanon and nearly succeeded in a coup attempt to overthrow the democratically elected Hamas in Palestine and install Fatah thugs in their place. Iran indeed has a strategic alliance with Hamas and Hizballah, groups that the United States condemns as terrorists but millions of others view as national liberation movements who also provide for and protect their people. Why assume that the Bush administration's interests are more legitimate than those of the Iranian regime's? What is wrong with Iraqi resistance groups that oppose a foreign military occupation that has killed and imprisoned thousands of innocent civilians while bringing only ruin an already tortured country?.......

In a Sunni dominated Arab region that already views Arab Shiites as inferior and often as fifth columnists for Persian Iran, Rice is promoting racist notions that have increased since the American invasion of Iraq. "Arab" is often construed to mean "Sunni" in the region and hence a Shiite dominated Iraq is perceived to be less Arab and more Persian. Throughout the Sunni Arab world dictators, clerics and others warn of "Persian" or "Safavid" plots and conspiracies to take over the region fearing that Hizballah is an Iranian tool, or that the Sadrists are, and dismissing the Shiite government of Iraq as an "Iranian occupation." Paranoid rumors spread throughout the Arab world of Sunnis converting to Shiism, feeding a fear of Shiite expansionism........

I believe that in fact Iran is a positive influence in Iraq, that it has a close relationship with the Kurds and the Shiites and that the Iranian regime, unlike its Sunni neighbors, is not sectarian and is very pragmatic. If Iraq's Sunnis dislike Iran it is because Saddam Hussein initiated a war of aggression against Iran and succeeded in demonizing Shiites. Admiral Mullen was wrong when he said that Iran prefers "see a weak Iraq neighbor." Iran and the former Iraqi Prime Minister Ibrahim al Jaafari even discussed Iran training Iraq's security forces. Iran has close relations with Sunni Islamist Hamas and its foreign policy is not a Shiite one at all. Iran does not seek to conquer or control its Arab neighbors but it also chooses not to be an American puppet or client regime, and that has always been the sin the American empire will never pardon........

Any actual expert on the region, or any sincere person with even passing familiarity with it would know that genuine peace has always been easy to achieve, it requires Israel to abandon all its settlements and occupied territories, allow for the return of the refugees and compensate them for their dispossession. It also means granting equal rights to the Palestinian citizens of Israel. The so called "peace process," nothing of the sort, is merely a way to enshrine the dispossession of the Palestinians using unpopular but pliant and hand chosen collaborators like Mahmud Abbas.

Real peace requires dealing with Hamas, Hizballah and Syria. It requires a recognition that there is a hegemonic Zionist aggressor here, with Arab victims, not two equal sides. There can never be a Mideast peace process when the American secretary of state declares, as Rice did on April 29 that "I still remember my first time visiting Israel: It felt like coming home to a place that I had never been. And every time I return, as I look upon the land where Israelis have made the desert literally bloom, and as I drive past the aging hulks of Israeli tanks, which recall the dear cost that generations of Israeli patriots have paid for their nation's survival, as I see all of these things, it is clear to me that a confident Israel can achieve things that many think impossible." Can we imagine an American secretary of state paying tribute to the dear cost generations of Palestinian patriots paid for their nation's survival while attempting to reclaim the homeland from which they were ethnically cleansed?......."
Posted by Tony at 3:30 PM