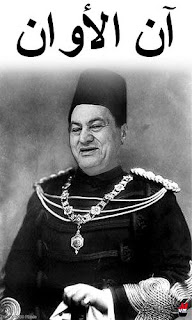 "A key leader of Egypt's main pro-democracy group was arrested Wednesday night during a raid on his home in Cairo, police and group officials said.

George Ishaq, director-general of Kifaya, was taken away by security officers who stormed the home around 8 p.m., one of the group's founders, Abdel-Halim Qandil, told The Associated Press. He said more than 50 members of the movement had been arrested this week.

A police officer confirmed Ishaq's arrest, speaking on condition of anonymity because he was not authorized to talk to reporters.

Ishaq had not been formally charged, but was expected to undergo interrogation. Egyptian authorities often detain suspects for weeks or months without charge.

Kifaya, which means "Enough" in Arabic, is a broad-based movement that has spearheaded demonstrations against the government of President Hosni Mubarak since late 2004.

Qandil accused the Egyptian government of cracking down on Kifaya in retaliation for a nationwide labor strike last weekend........"
Posted by Tony at 8:48 PM