A Paradigm Shift: How Hizbollah Won the War 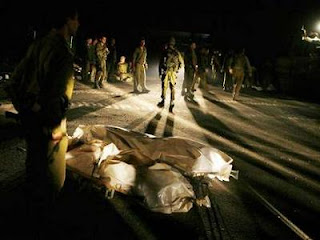 "........The Israeli military offensive of July 2006 had failed because Israel was fighting a war that did not play to its advantages in size and technology. Israel had finally met its match – a foe that was prepared to fight, that knew how to fight on its own terms, a foe that was elusive and cunning, skilled and daring, ready to adapt its methods to neutralize Israel's technical superiority, that controlled its terrain, and, most importantly, was backed by Iran and Syria. For the first time in its history, an Israeli invasion had been reversed by a cunning guerilla resistance.

In the past, Arab armies had handed easy victories to Israel. Repeatedly, the Arab states chose to fight conventional wars: these backward, recently decolonized countries sent their poorly trained, poorly led, poorly motivated military to fight against the best, most determined military force the developed West could put together. Israel's victories against the Arab armies is overrated: it always remained an unequal match. The Palestinians chose to fight a guerilla war in Jordan in the late 1960s, but they did so prematurely, without preparing the political conditions for their success. They were defeated because they were forced to fight on two fronts: against Arab enemy states and the Israelis.

The Israelis only deceive themselves when they use alibis – bad decisions or inadequate preparation – to ‘explain’ their military failures. Ever since their withdrawal from southern Lebanon in April 2000, the Israeli leadership had prepared for the occasion to deal a knockout blow to Hizbollah. Indeed, when the Israelis launched their latest invasion of Lebanon on July 12, 2006, they had had more than six years to prepare; and they had had more than two decades to study their adversary.

The Hizbollah too had prepared. Without fanfare, but with dedication, discipline, skill, and cunning, the Hizbollah leaders assembled an arsenal of low-tech rockets as well as more advanced missiles; they built secret bunkers; they laid out defensible communications; they acquired capabilities in electronic warfare; they used drones and eaves-dropping equipment to gather information; they placed spies inside Israel; they studied their enemy; and, most importantly, they had planned and trained, while maintaining the highest secrecy.[3] In a word, the small bands of Arab guerillas in southern Lebanon were prepared and ready.....

In the late nineteenth century, the advanced Western nations had opened a lethal weapons gap with their automatic weapons: this gave them a quick, nearly costless colonization of Africa and Southeast Asia. When that gap began to close in the interwar period, it gave an impetus to resistance movements in Indonesia, Vietnam, Kenya and Algeria.[15] Already weakened from fighting their own fratricidal wars, the Western colonial powers retreated: and the Third World was born.

Will the twenty-first century herald the dawn of another era of gains for movements of resistance across Asia, Africa and Latin America? "
Posted by Tony at 6:47 PM