In Praise of Al Nakba 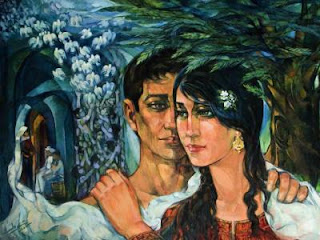 "To Palestinians, as well as to an increasing number of people the world over, Al-Nakba represents the largest, longest, planned ethnic cleansing in modern history for which reason the title under which this article appears may appear at first sight cynical, if not downright offensive.

The trauma of Al-Nakba is imprinted on the psyche of every Palestinian, on those that witnessed it as well as those that did not. They have all suffered, and in a multitude of ways: they lost their livelihoods, nationality, identity and, above all, their homes. In order to survive Palestinians were forced to defend themselves, fighting on many fronts.

The sheer size of Al-Nakba is overwhelming. Over three quarters of Palestine was conquered in 1948 by Israeli forces that staged their attacks from bases on land acquired during the British Mandate, as a direct result of British policy or with British collusion.

Some 675 towns and villages were seized and their populations forcibly removed or massacred. On the day that Israel came in to existence 85 per cent of Palestinians whose homes had been on the land occupied by the newly created state found themselves refugees, and remain so until today.

Al-Nakba goes on. It continues every day, in different places and through different means. Whatever the legal cover fabricated by Israel the process remains the same. People are uprooted, and thrown to the four corners of the earth; their land is taken, their landscapes and history obliterated.

So how can Al-Nakba be praised?

It can be praised only because, from the ashes, the Palestinians have risen like the proverbial phoenix. They realised that with no home, no military power and no powerful friends they would have to depend on that greatest of gifts, the human spirit.......

I cannot help but recall the words of Arnold Toynbee in his seminal work, A Study of History:

On the morrow of a persecution in Europe in which they had been the victims of the worst atrocities ever known... the Jews' immediate reaction to their own experience was to become persecutors in their turn... In 1948, the Jews knew, from personal experience, what they were doing; and it was their supreme tragedy that the lessons learnt by them from their encounter with the Nazi German Gentiles should have been not to eschew but to initiate some of the evil deeds that the Nazis had committed against the Jews.

As for the Palestinians, they are still marching on. They carry the burden of Al-Nakba, which they have transformed into blessings."
Posted by Tony at 9:02 PM