Reflections on the Palestine return movement 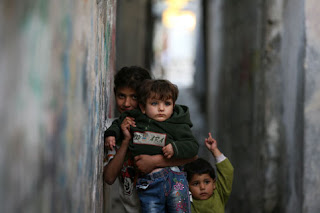 "......Later on, when the text of the agreement was opened to the public, the Israeli press was the first to publish. I ran to the Israeli Press Office in West Jerusalem to get a copy -- it was published then only in Hebrew and English. Reading the original English copy, I was not only shocked but also deeply alarmed and upset, because I had expected that the PLO leadership would not surrender and, at the minimum, uphold the fundamental national rights and base any agreement on UN resolutions and international law. Reading the agreement, I searched for references to the core issue of the conflict, i.e. the refugee issue, and found it mentioned only in a few words as an issue scheduled "for discussion in the final status negotiations." I thus understood that there were no guarantees or principles recognized for dealing with this most central issue of the conflict, and that the future of the large majority of the Palestinian people who are refugees was uncertain......