The Perils of a Banker’s War on Iran 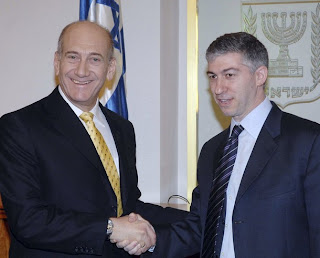 "Unable to secure meaningful sanctions through the U.N. and other government-to-government channels, the Bush Administration has made an end-run around the diplomatic process and moved to enforce a credit blockade on Tehran — via the U.S. Treasury, and its ability to intimidate foreign banks into doing U.S. bidding for fear of being shut out of U.S. financial markets. Smart move, from the narrow perspective of the neocons. But if the strategy actually works, Iran is likely to respond by inflicting pain where it is able, by bloodying U.S. forces in Iraq and by cranking up global oil prices. And the potential for chaos raises another question: How long are the foreign banks (and their governments) to which the U.S. owes hundreds of billions of dollars going to tolerate being bullied, via the banking system, into going along with unpopular geopolitical ventures?....."
Posted by Tony at 9:27 PM