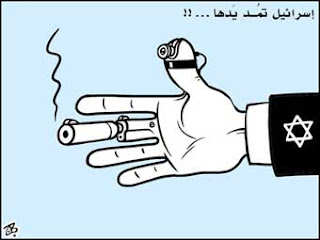 ".......You can argue over whether extrajudicial executions on foreign soil facilitated by the use of European identities stolen from private citizens is – always assuming that Mossad was indeed responsible – the best way for a country facing international criticism to improve its image abroad. But boycotting legislators from your No 1 ally because they might have some questions about your foreign policy seems just self-destructive.

In December, Benjamin Netanyahu identified the need to combat the "Goldstone effect" as a foreign policy priority. In particular he charged that Judge Richard Goldstone's report on war crimes during the 2008-9 military offensive in Gaza was being used to "delegitimise" Israel's right to self defence. "We must delegitimise the delegitimisers," the Prime Minister has been quoted as saying. And in doing so he unleashed a wave of debate, which reached its zenith at the annual Herzliya conference this month, over how Israel could better conduct "hasbara" – literally "explaining" – to make its case abroad......"
Posted by Tony at 3:37 AM