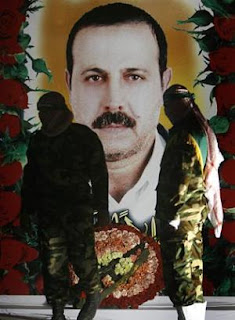 By Ben Lynfield in Jerusalem
The Independent

"Hamas last night vigorously denied that a renegade from its own ranks helped set up the assassination of Hamas leader Mahmoud al-Mabhouh in a Dubai hotel room last month, a shock claim made by Dubai's police chief, as echoes from the killing and its investigation continued to resound in the Middle East and Europe.

Gulf News and al-Khaleej newspapers in the United Arab Emirates yesterday quoted the police chief, Lieutenant-General Dahi Khalfan Tamim, as saying that a Hamas member played a significant role in the killing of Mahmoud al-Mabhouh. The Dubai police believe the primary perpetrators came from Israel's Mossad agency. General Tamim said the Hamas member leaked information on Mr Mabhouh's whereabous to the suspected assassins......"
Posted by Tony at 3:30 AM