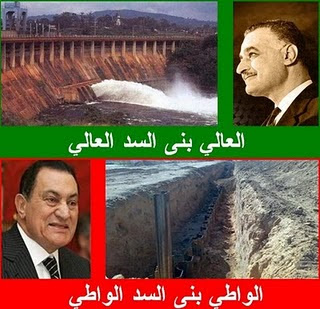 By Adam Morrow and Khaled al-Omrani

"CAIRO, Feb 22, 2010 (IPS) - Activists and opposition groups are stepping up pressure on the Egyptian government to stop constructing a barrier along the border with the Gaza Strip. Officials say the barrier will prevent cross-border smuggling, but critics say it will seal the fate of the people on the Gaza Strip.

"The Egyptian border was the only opening left to the Gazans - their only means of staying alive," Gamal Fahmi, political analyst and managing editor of opposition weekly ‘Al-Arabi Al-Nassiri,’ told IPS.

On Feb. 13, hundreds of activists from across the political spectrum convened in downtown Cairo to protest construction of the barrier. Demonstrators held banners reading: "The wall of shame must come down" and "No to sponsoring Israeli crimes." The same day also saw anti-wall demonstrations in Lebanese capital Beirut....."
Posted by Tony at 4:27 AM