War is Peace, Damn it! Why Can't the Europeans Get This From the Man They Gave the Nobel "Peace" Prize? 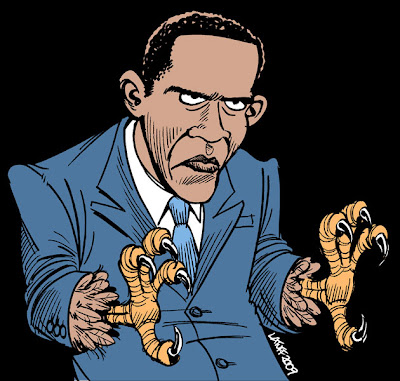 'Pacification' of Europe is threat to security, US tells Nato

"The Obama administration accused Europe's leaders of endangering peace today because of their growing ­pacifism and reluctance to foot the bill for adequate defence.

In a withering attack on what Washington sees as European complacency in the face of new security threats, Robert Gates, the US defence secretary, demanded root-and-branch reform of the transatlantic alliance, voiced exasperation with Nato bureaucracy and said it was becoming increasingly difficult for the US and Europe "to operate and fight together".

Gates told a Washington meeting of Nato officials and security experts "the pacification of Europe" had gone too far......."
Posted by Tony at 4:00 AM