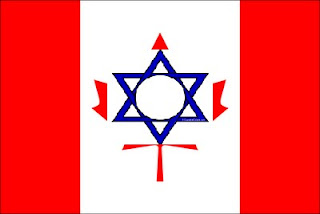 "An attack on Israel would be considered an attack on Canada."
- Peter Kent, Junior Foreign minister, 12 February 2010

"In my new book Canada and Israel: Building Apartheid I argue that the trajectory of this country's foreign policy has been clear. The culmination of six decades of one-sided support, and four years into the government of Conservative Party Prime Minister Stephen Harper: Canada is (at least diplomatically) the most pro-Israel country in the world.

Since the book went to print a couple of months ago the Conservatives have launched a more extreme phase of Israel advocacy. Groups in any way associated with the Palestinian cause have been openly attacked and Ottawa has taken a more belligerent tone towards Iran....."
Posted by Tony at 9:53 AM