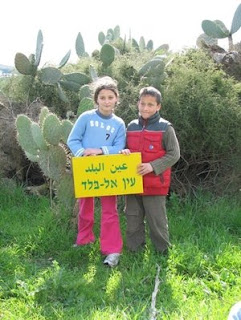 The Nakba law is coming up again for consideration in the Knesset Constitution, Law and Justice Committee, in a more moderate version than before but with the same motivation: to frighten everyone who wishes to commemorate the human and political tragedy that occurred in 1948, in which the Zionists expelled most of the Palestinian inhabitants of the country and the state of Israel destroyed most of the localities in which they lived. Those proposing the law hope to mobilize Zionist patriotism by threatening to forbid commemorating Independence Day as a day of mourning. They are blind, of course, to the historical context, and the development of that tradition among the displaced Palestinians who remained in Israeli territory. Let us not forget that Arab localities in Israel were ruled by a military government until 1966. Palestinian citizens were forbidden to travel “beyond the pale” without a permit from the military governor. On Independence Day all the residents had a vacation, even the Arabs! The most important place for them to visit was the one where they had lived, to which they were forbidden to return. As the years went by, and they understood that the Jewish state would never allow them to return home, this event took on a national-political aspect, and in recent years it is celebrated with a “March home” to the remains of one of the localities captured during the nakba. “Their independence; our Nakba,” became the main slogan of these events.
Palestine Think Tank
Posted by thankgodimatheist at 8:51 PM