Up against the wall: challenging Israel's impunity 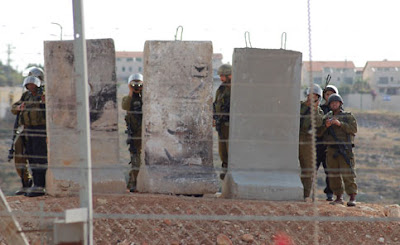 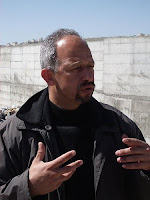 "Six years ago, we were busy preparing for the start of the hearings of the International Court of Justice (ICJ) in The Hague. The world's highest court was to decide on the legal consequences of Israel's wall in the occupied West Bank, which together with the network of settlements, military zones and Jewish-only roads annexes around 46 percent of Palestinian West Bank land. The court's decision, months later, was clear: Israel's wall is illegal, it needs to be torn down and the international community has an obligation to ensure that it is dismantled.

A victory? Not quite. Until today, neither foreign governments nor the UN have joined the Palestinian communities who have been destroyed by Israel's wall in their efforts to dismantle it. Still, Palestinian villages show incredible perseverance and creativity in protesting the theft of their land and tearing down pieces of the cement blocks or iron fencing. They do so in the face of overwhelming repression.........

Member states of the EU have given valuable support to the campaign to release Mohammed Othman and myself. Yet far more decisive pressure from Europe needs to be forthcoming, not just from governments but also from European civil society, to force Israel to change its policies. As long as the EU member states uphold their cooperation agreements with Israel, hide the 2004 International Court of Justice decision against the wall under the carpet, and are unwilling to implement the recommendations of the Goldstone report -- even at risk of losing their own credibility -- more Palestinian human rights activists will be arrested, detained, tortured, or killed.

An active civil society is a key component of any democratic society and without it justice in Palestine and the rest of the region will remain as elusive as ever."
Posted by Tony at 6:16 AM

If you are looking for Dragon store covers in Dubai then you are the ideal place for that .Wall to Wall Carpet Dubaihave a most expansive game plan of plans to research; you can in like way check through other floor surface things, for example, vinyl mats, Custom sisal cover, custom sisal mats, Dragon shop mats , wooden deck, Office Carpet Tiles Dubai, Vinyl Flooring Abu Dhabi, cover edge limiting tape and parquet flooring.For more information please click our site http://www.carpetsdubai.com/