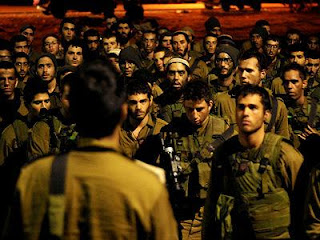 "A recent assignment of mine covering Israel's presumed links to the assassination of Hamas leader Mahmoud al-Mabhouh provoked some more thoughts about the New York Times reporter Ethan Bronner. He is the Jerusalem bureau chief who has been at the centre of a controversy since it was revealed last month that his son is serving in the Israeli army. Despite mounting pressure to replace Bronner, the NYT’s editors have so far refused to consider that he might be facing a conflict of interest or that it would be wiser to post him elsewhere.

Last week, when suspicion for the assassination in Dubai started to fall on the Mossad, a newspaper editor emailed to ask if I could ring up my “Israeli security contacts” for fresh leads. It was a reminder that Western correspondents in Israel are expected to have such contacts. The point was underlined later the same day when I spoke with a leftwing Israeli academic to get his take on Mabhouh’s killing. I had turned to this Ashkenazi professor because he counts many veterans of the security services as friends. At the end of the interview, I asked him if he had any suggestions for people in the security services I might speak with. He replied: “Talk to Eitan Bronner. He has excellent contacts.” Naively, I asked how I could reach this expert on the veiled world of the Israeli security establishment. Was he employed at the professor’s university? “No, ring the New York Times bureau,” he responded increduously. Oh, that “Eitan”!......

And so it is with Israel. Like the crime reporter, our Jerusalem bureau chief needs his “access” more than he needs the occasional scoop that would sabotage his relationship with official sources. But more so than the crime reporter, many of these bureau chiefs also identify with Israel and its goals because they have an Israeli spouse and children. They not only live on one side of a bitter national conflict but actively participate in defending that side through service in its military.

This is a conflict of interest of the highest order. It is also the reason why they are there in the first place."
Posted by Tony at 6:13 AM