The Jihad Starts From.......Switzerland! Gaddafi calls for jihad against Switzerland 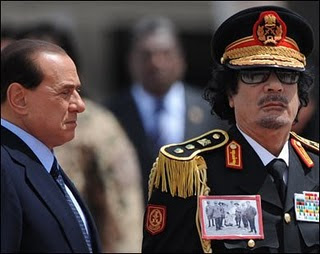 "Libya's leader, Muammar Gaddafi, ­yesterday called for a jihad, or holy war, against Switzerland, in an escalation of his vendetta against the country where police once arrested his son.

At a meeting in the city of Benghazi to mark the prophet Muhammad's birthday, Gaddafi described the country as an infidel state that was "destroying" mosques. Last year he urged the UN to abolish Switzerland and divide it between Germany, France and Italy......."
Posted by Tony at 4:19 AM