This is Funny: Khalfan to Dagan: Act like a man and confess the crime. So, if You are a Secret Agent, Then You are Not a Man?? 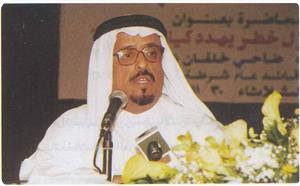 This gives us a window on the traditional Arab view of the world. It is a world of chivalry and "manhood." Words are everything and results count for nothing. Defeats are "victories" if you use the right words. 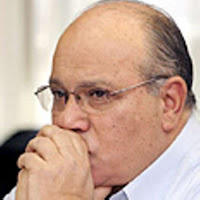 To the Israelis (and Dagan in particular) the results are what count. He got "his man," so why should he "act like a man," and incriminate Mossad? This is nonsense!

"DUBAI, (PIC)-- Dhahi Khalfan, the Dubai police chief, has called on Israeli foreign intelligence (Mossad) chief Meir Dagan to act like a man and declare his responsibility for planning and executing the assassination of Hamas leader Mahmoud Al-Mabhouh in Dubai last month.

Khalfan told UAE daily Al-Jazeera published on Saturday that the Dubai police had many other facts incriminating the suspects including the DNA of one of the suspects and the fingerprints of others.

Most of those wanted for suspicion of involvement in the murder crime are currently in Israel, which necessitate the formation of an international team comprising the five countries whose passports were used in the crime to prosecute the culprits, the Dubai police chief elaborated.

He affirmed that both Dagan and his premier Benjamin Netanyahu would top the list of wanted persons in the event it was proven beyond doubt that the Mossad was the party that carried out the crime."
Posted by Tony at 5:14 AM