Gaza not a charity case 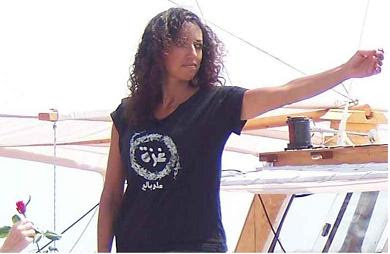 "KUALA LUMPUR: Palestinians in Gaza want the world to come together to end the Israeli siege instead of just looking at them as a charity case.

Free Gaza Movement leader Huwaida Arraf said that while Palestinians appreciated the aid, their main concern was for the siege to end and their suffering to cease.

“A lot of people think that Gaza is a charity case. If we just keep giving aid, it (the suffering) will go on forever. We must address the root cause.

“Israel has placed a complete blockade of Gaza Strip and no one is doing anything to stop it. We need political solidarity and hope more people will challenge Israel’s policy,” she said recently during a brief visit here to talk about their next Gaza boat mission in April.

The Palestinian-American activist has met former prime minister and Perdana Global Peace Organisation chairman Tun Dr Mahathir Mohamad, who spearheaded the Humanitarian Appeal Fund for Gaza war victims. The fund, of which Datin Seri Rosmah Mansor is the patron, has pledged to donate RM1.5mil......."
Posted by Tony at 6:12 AM