A "Good" Terrorist Captured by Iran 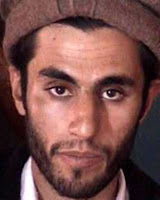 "The Iranian government is celebrating the capture of Abdolmalek Rigi, the leader of a violent group called Jundullah (Arabic for Soldiers of God), which Tehran says is a terrorist organization supported by the United States, Great Britain and Israel.

Jundullah is one of several groups that have been conducting bombings and other violent attacks against Iran’s Islamic regime with the aim of knocking it off balance.

In a July 7, 2008, article for The New Yorker magazine, investigative journalist Seymour Hersh quoted Robert Baer, a former CIA clandestine officer who worked in South Asia and the Middle East for nearly two decades, as saying that Jundullah was one of the militant groups in Iran benefiting from U.S. support.....

The message? Disregard the intelligence that doubts the Iranians are building a nuclear bomb: no, better still, “fix” it to suggest that they are.

Then, turn loose the Jundullahs to worsen tensions and to strengthen the hands of Iran’s hardliners who will cite violent provocations as proof that the United States is not acting in good faith; that will add to the impression of a gathering threat; next institute crippling sanctions to further ramp up the anger.

And be ready, in case Netanyahu starts something the United States will have to finish.

If this kind of scenario is allowed to play out, hostilities with Iran will make the wars in Iraq and Afghanistan look like volleyball games between Mount Saint Ursula and Holy Name high schools. Can President Obama be so naïve as to be unaware of the stakes here?"
Posted by Tony at 1:55 PM