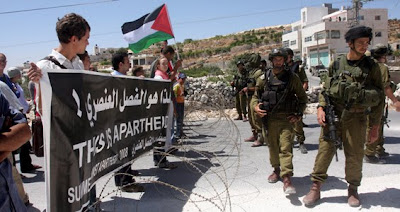 In it, he relays the minutes and details of conversations between top level officials on both sides that shed light on the extent and nature of Israel's cooperation with and enablement of South Africa's Apartheid regime, both in military and non-military matters.

It was a relationship that benefited both sides: South Africa acquired vital components from Israel to help advance its nuclear programme, while sharing their knowledge and components with Israel as it pursued its own nuclear ambitions.

Al Jazeera talked to Sasha Polakow-Suransky about his book. 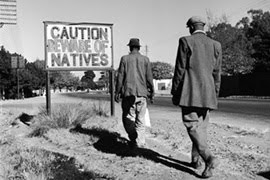 Al Jazeera: There are several other books on the subject of Israeli-South African arms cooperation. How is yours different?

Polakow-Suransky: It's the first book based on primary source material from either country's archive.

Those archives also include a lot of Israeli documents and interviews with very high level people on both sides, not just diplomats but also generals who are retired from the Israeli Defense Forces (IDF) or from the South African Defense Force (SADF). ..... "
Posted by Tony at 3:38 AM