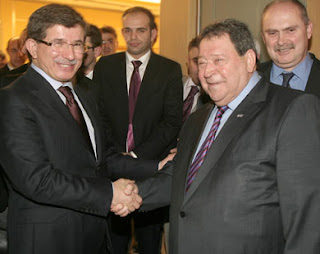 The results of this new poll are a bit surprising, considering the strong endorsement of Turkey by the Arab public lately.

Do you believe that Israeli-Turkish relations will return to their previous status?

With about 700 responding so far, 42% said yes. This is a high percentage and could reflect the not so firm Turkish response to the attack on the flotilla (and the murder of 9 Turks). It was also probably influenced by the current revelations of a recent meeting between the Turkish foreign minister and the Israeli minister of industry.
Posted by Tony at 9:32 AM