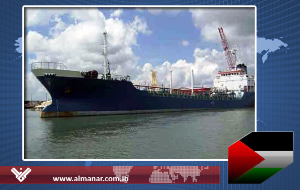 As I said before, this whole thing about Iranian ships going to Gaza is political theater. The primary goal is to expose the Pharaoh's direct involvement in the siege and him being a principal ally of Israel.

"27/06/2010 The Iranian Red Crescent said on Sunday that in addition to restrictions imposed by Israel, Egypt had barred a Gaza-bound aid ship from entering the Suez Canal, leading to the trip being postponed.

"The ship's departure has been postponed because of more restrictions imposed by the Zionist Quds occupying regime on the movement of aid to Gaza and prevention of the ship from using the Suez Canal, despite coordination with international bodies," the Red Crescent said in a statement.

The statement said the voyage to the blockaded Gaza Strip had been put off despite the vessel being ready to set sail from the southern port of Bandar Abbas for the Palestinian territory.

But in Egypt, the Suez Canal Authority said it would allow the ship through. "Under an international treaty, the canal is obligated to let any ship through, whether it is Iranian or not," a canal official told AFP. "We have not received any instructions to ban the Iranian aid ships from using the Suez Canal," the official said.

An Iranian official had announced on Thursday that sending the aid ship had been cancelled because of restrictions imposed by Israel. "The trip is not going to happen," said Hossein Sheikholeslam, secretary general of the International Conference for the Support of the Palestinian Intifada, a panel set up by the Iranian parliament."
Posted by Tony at 7:28 AM