Shalit is a long way from home 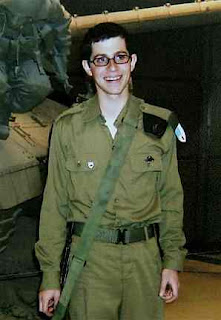 According to Hamas leader Mahmoud al Zahar, there have been 120 rounds of talks on a Shalit deal so far. The movement claims that along the way, two sets of Israeli establishments (under ex-PM Ehud Olmert and then Netanyahu) have spoiled deals - showing they are not really interested in an exchange. But Hamas is in no hurry to resolve this issue and is asking a right-wing government (in trouble internationally and domestically at the moment) to agree to difficult concessions.

For all their criticism, the Israeli public doesn’t blame Netanyahu for Shalit. He was taken on Olmert’s watch and so, whatever happens, he’ll be part of Olmert’s legacy. As such, Netanyahu has little to gain (beyond short term adulation from the family and their supporters) and much to lose from the prisoner trade that he laid out on Thursday.

For that reason, Shalit’s release can only come about as part of a larger deal involving the (actual not partial) lifting of the Gaza siege and perhaps even within the framework of an overall peace initiative. There has to be more at stake in this fight and more fighters need to enter the ring – namely the Americans who so far have insisted on separating the issue of Gaza and Shalit from a larger peace deal. Hamas and Israel will keep sparring, with their German referee in the middle, until someone decides its time for a knockout."
Posted by Tony at 3:18 AM