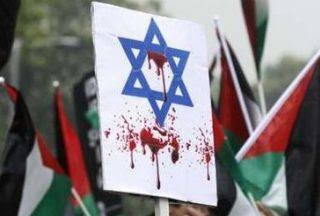 "A UK church has unanimously voted to boycott Israeli products in a show of protest against Tel Aviv's illegal settlements on Palestinian land in the occupied West Bank.

The Methodist Church of Britain on Wednesday announced a decision to boycott Israeli-produced goods and services from the West Bank because of Israel's occupation of Palestinian territories which "a majority of governments recognize... as illegitimate under international law," The Jerusalem Post reported.

The move came in response to calls from the World Council of Churches, the Palestinian civil society and “a growing number of Jewish organizations in Israel and worldwide,” the church stated at its annual conference in Portsmouth....."
Posted by Tony at 3:23 AM