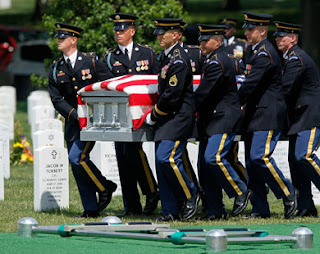 "Sacked US General Stanley McChrystal issued a devastatingly critical assessment of the war against a "resilient and growing insurgency" just days before being forced out.

Using confidential military documents, copies of which have been seen by the IoS, the "runaway general" briefed defence ministers from Nato and the International Security Assistance Force (Isaf) earlier this month, and warned them not to expect any progress in the next six months. During his presentation, he raised serious concerns over levels of security, violence, and corruption within the Afghan administration....

It was this briefing, according to informed sources, as much as the Rolling Stone article, which convinced Mr Obama to move against the former head of US Special Forces, as costs soar to $7bn a month and the body count rises to record levels, because it undermined the White House political team's aim of pulling some troops out of Afghanistan in time for the US elections in 2012. In addition to being the result of some too-candid comments in a magazine article, the President's decision to dispense with his commander was seen by the general's supporters as a politically motivated culmination of their disagreements.

General McChrystal's presentation to Nato defence ministers and Isaf representatives provided an uncompromising obstacle to Mr Obama's plan to bring troops home in time to give him a shot at a second term, according to senior military sources. The general was judged to be "off message" in his warning to ministers not to expect quick results and that they were facing a "resilient and growing insurgency".

It came as mounting casualties added to US and UK discomfort. June has been the bloodiest month for coalition forces since the conflict began....."
Posted by Tony at 4:39 AM