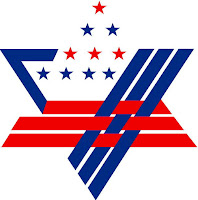 "An American Strike on Iran is Essential for Our Existence"

".....Now, as Israeli calls for a U.S. attack on Iran become more shrill by the day, AIPAC recognizes that the American people profoundly distrust Vice President Cheney and the nest of neocon liars he has sheltered. The Bush-Cheney war machine has been pretty well exposed, and that must worry the warmongers within the group. Israeli Defense Force chief artillery officer Gen. Oded Tira has griped that "President Bush lacks the political power to attack Iran," adding that since "an American strike in Iran is essential for [Israel's] existence, we must help him pave the way by lobbying the Democratic Party (which is conducting itself foolishly) and US newspaper editors. We need to do this in order to turn the Iran issue to a bipartisan one and unrelated to the Iraq failure." Tira urges the Lobby to turn to "potential presidential candidates. . . so that they support immediate action by Bush against Iran," while Uri Lubrani, senior advisor to Defense Minister Amir Peretz, tells the Jewish Agency's Board of Governors that the US "does not understand the threat and has not done enough," and therefore "must be shaken awake."

Many Americans would find such statements deeply offensive in their arrogance and condescension. President Bush has indeed been weakened by the "Iraq failure" Tira acknowledges, arising from a war that the Lobby once endorsed with enormous enthusiasm. (As Gen. Wesley Clark put it way back in August 2002, "Those who favor this attack now will tell you candidly, and privately, that it is probably true that Saddam Hussein is no threat to the United States. But they are afraid at some point he might decide if he had a nuclear weapon to use it against Israel." Recall that that weapon was imaginary.) So now, the Israeli war advocates aver, the U.S. president needs to be helped to do the right thing and attack Iran by lobbyists who will use their power to force the fools in the Democratic Party, especially presidential candidates. Because Americans don't understand and have to be shaken out of their current skeptical mode.