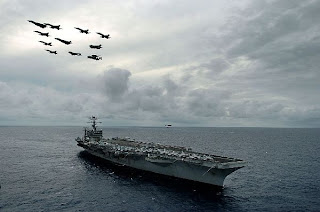 US contingency plans for air strikes on Iran extend beyond nuclear sites and include most of the country's military infrastructure, the BBC has learned.

"US contingency plans for air strikes on Iran extend beyond nuclear sites and include most of the country's military infrastructure, the BBC has learned. It is understood that any such attack - if ordered - would target Iranian air bases, naval bases, missile facilities and command-and-control centres.

The US insists it is not planning to attack, and is trying to persuade Tehran to stop uranium enrichment. The UN has urged Iran to stop the programme or face economic sanctions.

But diplomatic sources have told the BBC that as a fallback plan, senior officials at Central Command in Florida have already selected their target sets inside Iran. That list includes Iran's uranium enrichment plant at Natanz. Facilities at Isfahan, Arak and Bushehr are also on the target list, the sources say.

BBC security correspondent Frank Gardner says the trigger for such an attack reportedly includes any confirmation that Iran was developing a nuclear weapon - which it denies. Alternatively, our correspondent adds, a high-casualty attack on US forces in neighbouring Iraq could also trigger a bombing campaign if it were traced directly back to Tehran. 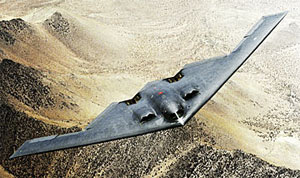 Long range B2 stealth bombers would drop so-called "bunker-busting" bombs in an effort to penetrate the Natanz site, which is buried some 25m (27 yards) underground.

The BBC's Tehran correspondent Frances Harrison says the news that there are now two possible triggers for an attack is a concern to Iranians. Authorities insist there is no cause for alarm but ordinary people are now becoming a little worried, she says......"

"a high-casualty attack on US forces in neighbouring Iraq could also trigger a bombing campaign."

Notice the constant lowering of the threshold (excuse) that will be used to start the war. This second alternative to "justify" a bombing campaign could be as predictable as the shooting down of another U.S. helicopter in Iraq, killing a dozen U.S. troops. The public is also being conditioned and prepared; this is one of the objectives of these constant "leaks."

Folks, the attack on Iran is a certainty and it will happen soon.
Posted by Tony at 4:50 AM