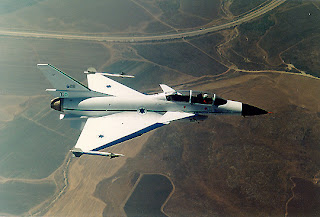 "Israel is negotiating with the United States for permission to fly over Iraq as part of a plan to attack Iran's nuclear facilities, The Daily Telegraph can reveal.

To conduct surgical air strikes against Iran's nuclear programme, Israeli war planes would need to fly across Iraq. But to do so the Israeli military authorities in Tel Aviv need permission from the Pentagon.

A senior Israeli defence official said negotiations were now underway between the two countries for the US-led coalition in Iraq to provide an "air corridor" in the event of the Israeli government deciding on unilateral military action to prevent Teheran developing nuclear weapons.

"We are planning for every eventuality, and sorting out issues such as these are crucially important," said the official, who asked not to be named......

Last week Ehud Olmert, the Israeli prime minister, announced that he had persuaded Meir Dagan, the head of Mossad for the past six years and one of Israel's leading experts on Iran's nuclear programme, to defer his retirement until at least the end of next year.

Mr Olmert has also given overall control of the military aspects of the Iran issue to Eliezer Shkedi, the head of the Israeli Air Force and a former F-16 fighter pilot......."
Posted by Tony at 8:27 AM