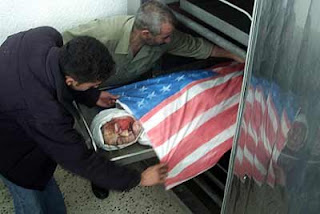 A Review of the Kuala Lumpur War Crimes Exhibit

"In Kuala Lumpur, we moved forward, after a mass briefing about the War Crimes Commission, to find ourselves in a museum surrounded by human effigies depicting war crimes, mass murders, scenes of torture and atrocity after atrocity.

We sensed the terror of the victims, vividly revealed in the frozen wax faces, and the repulsive horrors wrought by the hands of their assailants, so shocking, so merciless, so monstrous.

On this occasion, I anaesthetized my emotions in order to survey the microcosm of brutality that passed before my eyes as Matthias [Chang], Michel [Chossudovsky], Chris [Busby] and I staggered from room to room.....

The disgusting language of war and its disgusting crimes provided a counterpoint to punctuate the trauma and savagery brought to life before us.

Before my eyes, the effigies of the tortured, maimed, dead and dying came to a form of life. They writhed in agony as they were subjected to brutalities that surpassed the most hellish scenes in Dante’s Inferno.

In the final chambers we witnessed videos of the leading villains of the Bush administration: Bush, Cheney, Rice, Rumsfeld and the rest – uttering their lies of WMDs in Iraq that launched the most disastrously stupid war in American history.

These people had become the gatekeepers of war and peace, life and death as they had lusted after earthly powers. The neocons beamed a haze of smug self-assurance as they focused and preened and premeditated their malignance aforethought.....

Humanity has fallen into a pit, bedevilled by a demonic pendulum with a razor’s edge that lacerates and mutilates and cuts deeply into the innocence of flesh. Women and children, disabled, aged and infirm victims fell into that bottomless pit that was a place beyond all pity. The corpses are surging upward into a mountain, a Himalaya of monstrosity that now lies supine at the feet of the earthly powers.

In the darkest corridors of Abu Ghraib, interrogators tortured and humiliated and defiled the lives of their victims. Many were totally innocent, ordinary and peaceful Iraqis – and none of them deserved the vicious torture that was meted out unto them.

One of the victims of Abu Ghraib, Ali Shalah, would testify to the War Crimes Commission about the unspeakable atrocities that ravaged his body, his mind and his life.

My mission to the War Crimes Conference and War Crimes Commission was leading me more deeply into the spiral of a journey more savage than any I had ever undertaken before......"
Posted by Tony at 11:43 AM