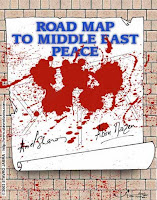 "Instead of building a diplomatic momentum on the political breakthrough mediated by their Saudi Arabian ally who succeeded in developing an Arab and Palestinian consensus on going along with the U.S.-steered Quartet efforts to revive the deadlocked peace process, the American diplomacy has turned their sponsored Palestinian Israeli summit meeting in Jerusalem on Monday from a promising event into a missed opportunity, thus shaking off a burgeoning potential for a more coordinated regional U.S. Arab front.....

Embarrassing U.S. friends and allies as important as Riyadh, Amman and Cairo, and further antagonizing influential regional players like Syria, who all weighed in heavily to conclude the Mecca deal in order to develop a unified Arab and Palestinian stance that easily could be discerned as distancing them away from Iranian influences, which is a key U.S.-Israeli endeavor, may not harm the U.S. historically-tested strategic alliances with Arabs, but it would certainly put off indefinitely whatever is left for peace-making in the region......"
Posted by Tony at 8:41 AM