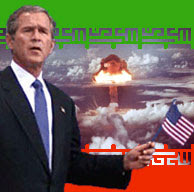 "On December 20 1954, a woman known as Marion Keech gathered her followers in her garden in Lake City, Illinois, and waited for midnight, when flying saucers were supposed to land and save them from huge floods about to engulf the planet.
Keech had received news of the impending deluge from Sananda, a being from the planet Clarion, whose messages she passed on to a small group of believers. Unbeknown to her, the group had been infiltrated by a University of Minnesota researcher, the social psychologist Leon Festinger.

As dawn rose on December 21 with no flying saucer in sight, Keech had another revelation. Sananda told her that the group's advanced state of enlightenment had saved the entire planet. They rejoiced and called a press conference. "A man with a conviction is a hard man to change," wrote Festinger in his book on the cult, When Prophecy Fails. "Tell him you disagree and he turns away. Show him facts and figures and he questions your sources. Appeal to logic and he fails to see your point."

George Bush is a man of conviction and clearly a hard man to change. When reality confronts his plans he does not alter them but instead alters his understanding of reality. Like Keech and her crew, he stands with a tight band of followers, both deluded and determined, understanding each setback not as a sign to change course but as further proof that they must redouble their efforts to the original goal.

And so we watch the administration's plans for a military attack against Iran unfold even as its official narrative for the run-up to the war in Iraq unravels and the wisdom of that war stands condemned by death and destruction. As though on split screens, we pass seamlessly from reports of how they lied to get us into the last war, to scenes of carnage as a result of the war, to shots of them lying us into the next one.......

"We have to throw away the notion the US could not do it because it is too tied up in Iraq," says Colonel Sam Gardiner, a former US air force officer who has carried out war games with Iran as the target. "It is an air operation."

Like Keech before him, it seems once Bush has got hold of a bad idea he just can't let it go. Just because it is irresponsible, irrational, unpopular and unconscionable doesn't mean he won't do it.

"History does not repeat itself," Mark Twain once wrote. "But it does rhyme." "
Posted by Tony at 4:25 AM