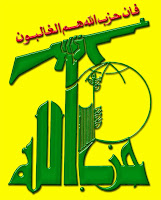 "A senior Israeli army official said that Hezbollah has succeeded in rehabilitating its forces and is now almost at the same strength as it was before last summer's war. Speaking to the Knesset Foreign Affairs and Defense Committee Brigadier General Yossi Baidatz, the head of the Military Intelligence's Research Division, softened his assessment when contradicted by Defense Minister Amir Peretz who charged that Hezbollah's strength cannot be measured and that Baidatz was referring to the group's potential.
Committee members slammed Baidatz's testimony and referred the issue to a subcommittee where discussions are held behind closed doors. Turning his attention to Syria, Baidatz said Damascus is upgrading its military arsenal for fear of confrontation with Israel."
Posted by Tony at 8:24 AM