What is behind Russia’s delay of Iran’s nuclear reactor? 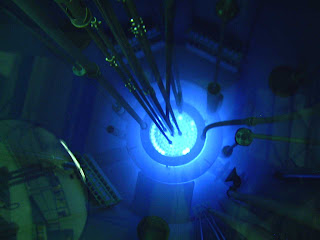 An Interesting Angle
by Peter Symonds

"Russian officials suddenly announced on Monday that work on Iran’s nuclear power reactor at the southern port of Bushehr would be slowed due to Tehran’s failure to make scheduled payments on the construction contract. Far from being an ordinary commercial dispute, the delay is another pointer to the extreme tensions produced by the Bush administration’s military threats against Iran.

The Russian announcement came just two days before a UN Security Council deadline for Iran to shut down its uranium enrichment facilities. Tehran, which insists that all its nuclear programs are for peaceful purposes, has refused to comply. The Bushehr reactor, which is being completed by Russian firms, is designed to produce electricity and is not included in the UN resolution......

The BBC reported on Monday that the US Central Command had completed drawing up a list of targets for an air war on Iran, including its nuclear facilities and most of its military infrastructure. Among the list of nuclear targets is the Bushehr reactor, even though its purpose is the provision of electricity and an agreement has been signed to return all spent fuel rods to Russia.

In this context, the Russia’s announced delay in the Bushehr project takes on a more sinister aspect. The most critical component of the timetable is the provision of reactor fuel—enriched uranium—which was due to take place next month. Once the fuel is loaded, any air strike on the reactor has the potential to send a plume of radiated dust and debris into the atmosphere affecting not only Iran but neighbouring countries. Russian technicians employed on the site would also be endangered, threatening to provoke an international incident.

The sudden Russian delay raises the obvious question: just what does the Putin administration know about the Bush administration’s plans for a military attack on Iran?"
Posted by Tony at 10:32 AM