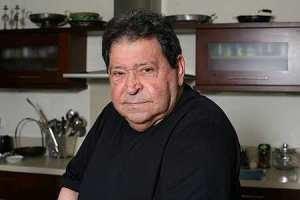 "09/08/2008 Israel is battling hard to overturn a Spanish court's decision to issue arrest warrants against six current and former politicians and senior military officials, a source in the Attorney-General's Office told The Jerusalem Post on Thursday.

Late last month, Audiencia Nacional, the National Court of Spain (the highest Spanish judicial council), issued arrest warrants against the six - Binyamin Ben-Eliezer, Doron Almog, Moshe Ya'alon, Dan Halutz, Giora Eiland and Mike Herzog - accepting a petition from the Palestinian Center for Human Rights that suggested they were guilty of war crimes in the Gaza Strip during the summer of 2002.

At that time, Ben-Eliezer was serving as a defense minister; Ya'alon was army chief of General Staff; Eiland headed the National Security Council; Halutz was commander of the IAF, Almog was OC Southern Command and Herzog was a senior Defense Ministry official.

The plaintiffs claimed that Ben-Eliezer personally oversaw the killing of Hamas commander Salah Shehadeh in which 14 civilians also died.

The Foreign Ministry has said only that the matter is being taken care of. However, the Post quoted a source in the Attorney-General's Office as saying that active negotiations between Madrid and Jerusalem are taking place to overturn the warrants.

This is not the first time that PCHR has filed suit against high-ranking Israeli military commanders, but if the court's decision is not reversed it will set a disturbing precedent in international law, said Ofer Zalzberg, co-chairman of YIFC (Young Israeli Forum for Cooperation), an organization that promotes relations between Israel and the European Union.

Zalzberg recalled a 2005 incident in which Almog, travelling to London, stayed in his plane upon arrival in London rather than risk arrest. Shortly thereafter, a British warrant for his arrest was revoked.

"This time," Zalzberg said, "we are talking about several people and a very significant and drastic step. It might also cause a shower of law suits from various groups and individuals in Europe against various Israeli officials."

Almog told the Post that he believes the warrants issued against him, first by the British and now by Spanish courts, are not directed at him personally, ‘but at Israel and its right to defend itself.’

"I don't think the decision of the Spanish court indicates a crisis in Israel-EU relations, but it seems that these elements exploit the law in these countries to act against the State of Israel."

PCHR head Raji Sorani, welcoming the decision of the Spanish court to issue the warrants, said, "We believe that these persons are criminals and that they committed horrible crimes against humanity. A one-ton bomb was thrown at a civilian neighborhood in Gaza and 15 people died.""
Posted by Tony at 4:07 AM