An Israeli Jew in Gaza 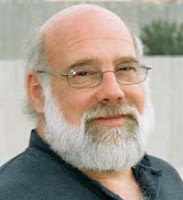 Only We Can End the Conflict

"In another few days, I will sail on one of the Free Gaza movement boats from Cyprus to Gaza. The mission is to break the Israeli siege, an absolutely illegal siege which has plunged a million and a half Palestinians into wretched conditions: imprisoned in their own homes, exposed to extreme military violence, deprived of the basic necessities of life, stripped of their most fundamental human rights and dignity. The siege violates the most fundamental principle of international law: the inadmissibility of harming civilian populations. Our voyage also exposes Israel’s attempt to absolve itself of responsibility for what is happening in Gaza. Israel’s claim that there is no Occupation, or that the Occupation ended with “disengagement,” is patently false. Occupation is defined in international law as having effective control over a territory. If Israel intercepts our boats, it is clear that it is the Occupying Power exercising effective control over Gaza......"
Posted by Tony at 6:09 AM