A War of Self-Destruction 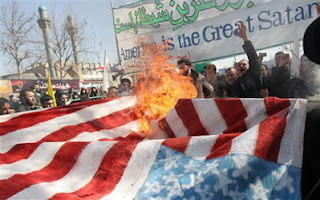 "An attack on Iran, which Israeli and Bush administration officials appear set to carry out if Iranian uranium enrichment is not halted, would ignite a regional war in the Middle East and lead to economic collapse and political upheaval in the United States......

But maybe those who advocate a war with Iran know all this. Maybe this is what they want. Maybe they understand that a war with Iran would finally kill off our weakened and anemic democracy. Maybe they see this as the dawn of a new era, an era when the last impediments to a global totalitarian capitalism can finally be removed and we can all be ground under the corporate jack boot, from Shanghai to New Delhi to Ohio. There are huge corporations that make obscene profits from human misery. They run our health care industry. They run our oil and gas companies. They run our bloated weapons industry. They run Wall Street and the major investment firms. They run our manufacturing firms. They also, ominously, run our government. "
Posted by Tony at 5:21 AM