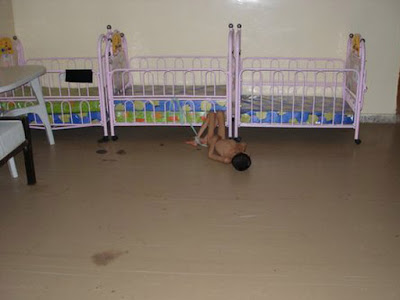 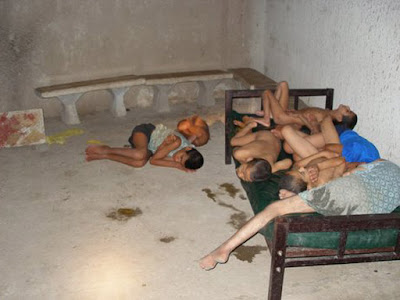 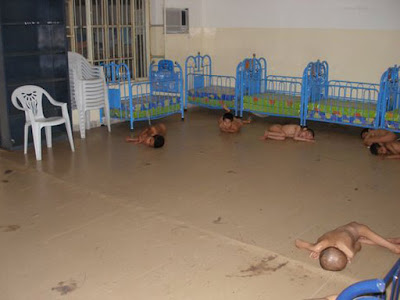 "Young Iraqi boys, some tied to their cribs, lie on the floor at a Baghdad orphanage on June 10, 2007, after they were discovered by U.S. and Iraqi soldiers. A total of 24 naked and abused boys, ages 3 to 15 years old, were found in a darkened room without any windows. Many of the children were too weak to stand once released. A locked room full of food and clothing was found nearby..." More photos are shown.

For more on this shocking story, click here: Iraqi goverment surpasses itself

"MORE than 20 boys have been found, starved and naked, at a government-run orphanage for special needs children in Iraq. The scene at the Baghdad facility reduced some of the US and Iraqi soldiers who found the children to tears.

The 24 boys were found naked and lying on concrete floors, covered in their own excrement, flies and sores. Some were near death......"
Posted by Tony at 4:18 PM