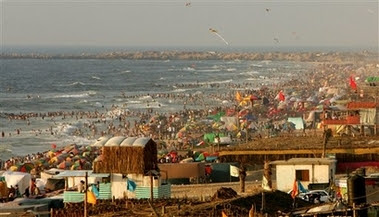 Inmates of the World's Largest Open-air Prison Go to the Beach: A view of Palestinians enjoying the beach in Gaza City, is seen Friday, June 22, 2007 (AP). 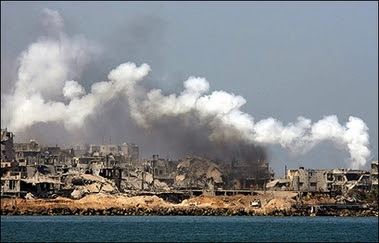 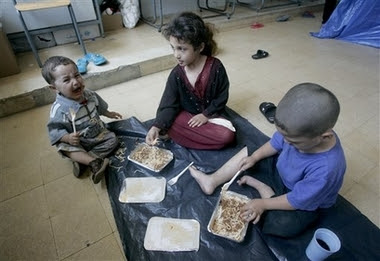 Children from the Palestinian Nahr el-Bared refugee camp near Tripoli, eat donated lunches at the Loukman School in Tripoli, Lebanon, which is a temporary home for families to escape the fighting (AP). 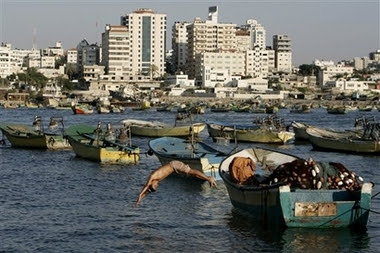 A Palestinian youth dives into the sea from a fishing boat at the port of Gaza City, in the Gaza Strip, Saturday June 23, 2007 (AP).