U.S.-led move to back Abbas gov't blocked in Security Council 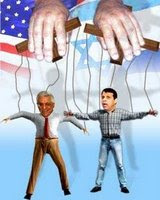 "UN Secretary General Ban Ki-moon's office has openly backed the new Palestinian emergency government and recognized the authority of Palestinian Authority Chairman Mahmoud Abbas, yet a Security Council bid to support Abbas and isolate Hamas has been thwarted by the objections of Russia, South Africa, Indonesia and Qatar.

The objections blocked a U.S. initiative for a Security Council declaration of confidence in the emergency government Wednesday.

The United States, supported by Britain and France, wants to add the Security Council to the international front supporting Abbas, which also includes the European Union and major Arab states. The American initiative also included a denunciation of the violence in the Gaza Strip.

However, the U.S. was forced to withdraw its initiative even before it reached the draft stage, due to strong objections from Russia, South Africa, Indonesia and Qatar.

UN sources in New York said that these countries' governments object to the anti-Hamas policy and to American and European efforts to isolate the group as a terror organization. They said that Russia and South Africa have questioned the legitimacy of the Palestinian emergency government and argued that a Palestinian unity government is not only still possible, but would be preferable to the emergency government headed by Fayad, which has authority in the West Bank only.

The South African ambassador argued that the international community, especially the U.S., Israel and the Quartet, are to blame for the situation in the Gaza Strip. The Indonesian ambassador complained that the Security Council was devoting time and energy to discussions of Lebanon but ignoring the Palestinian problem.

The Palestinian observer to the UN also objected to a declaration of support for the emergency government. The observer argued that such a declaration would constitute intervention in the PA's internal affairs......"
Posted by Tony at 4:18 AM