A REQUIEM FOR DEMOCRACY IN PALESTINE 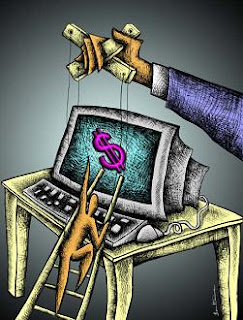 "First it was referred to as street fighting. It then was called a Civil War. Now that the boundaries seem to be established by the rival factions, it is now referred by some in the West as post-revolutionary times.

It is becoming more and more apparent as the days go by that this whole mess started, not as a result of disagreements between Fatah and Hamas, but because of the fact that both Israel and Washington refused to recognise the results of the election held in the Palestinian Territories last year. Now with Olmert and Bush 'mapping out' the future of the Palestinian people, it is even more apparent that the Occupation will continue and Abbas will head the new 'Puppet Regime' in the West Bank, while the population of Gaza will continue to be cut off from the world until their leaders 'give in' to Israeli blackmail. We are seeing the establishment of a new government based on money and power.... nothing at all to do with what the people want......"
Posted by Tony at 5:08 AM