Boycotts and Academic Freedom and Responsibility 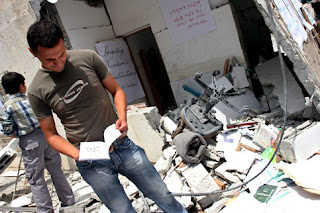 "British university lecturers are to vote again this week on an academic boycott of Israel -- will the new union this time around protest from its ivory tower or take a definitive stand against ritual human rights' abuse? EI contributor Nick King looks at the debate over boycott and the campaign of the British Committee for the Universities of Palestine to get the boycott vote on the British academia agenda, and the counter-efforts being made by Israel's apologists....."
Posted by Tony at 8:01 AM