Welcome to the summer of hate 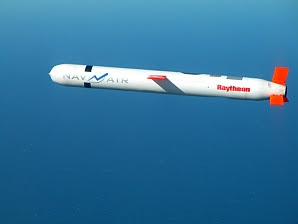 ".......The conservative Iranian paper Jam e Jam - popular among young Iranians - stressed in an editorial that now "it is not possible anymore to oppose our country ... The United States cannot do without Iran, which is the new power in the Middle East."

Over 66-year-old, four-heart-operations Dick Cheney's body, of course. And what about all those expenses - the Stennis and Nimitz floating armadas now "exercising" in the Persian Gulf, the relentless Central Intelligence Agency black ops in Khuzestan and Balochistan to "destabilize" the Iranian government, and reports of the US attempting industrial sabotage of Iran's nuclear program?

Bomb Iran ...
A leading French geostrategist has just returned from a stint in Tel Aviv and Jerusalem, visiting the industrial-military establishment and all the top Israeli think-tanks. He stresses three main points.

1. For the Israeli establishment, invading Iraq and deposing the already ineffective Saddam Hussein system was a very bad move (although they didn't think so in 2002).

2. Attacking Hezbollah in Lebanon in the summer of 2006 was a very bad move. "We should have done it, but with at least two divisions, to smash them completely," said a retired general.

3. Now there is an unshakable consensus that the real inevitable move will be to attack Iran's nuclear installations - preferably showering cruise missiles over the Natanz plant. Whatever spinning rolls on, attacking Iran remains the key tenet of the Ziocon (Zionists + neo-conservatives) policy......

Iran at the same time is deeply "reforming" Iraq - whatever the rhetoric coming from the White House. Iranian cultural influence on Iraqi youth is overwhelming - via the financing of at least a cultural center or a library in every village. The foremost foreign language is now Farsi, not English. Girls are exchanging the Arab hijab for the less constraining Iranian chador. Iraq's schoolbooks are now manufactured by Iranian printing presses. Most of Iraq's oil, gas and electricity is now provided by Iran.

But there's no stopping the summer of hate - and not only because of the torrid 50-degree-Celsius temperatures. Iran will keep being linked by the Ziocons to al-Qaeda. Iraq will remain the true heart of darkness. Forty years after the Six-Day War, the State of Israel will continue to smash Palestine to bits, especially Gaza. Saudi funds - channeled via billionaire Saad Hariri - and heavy US military support to the army of the pitiful Fouad Siniora government in Lebanon will be busy spreading divide-and-rule, pitting Salafi-jihadis against, supposedly, Hezbollah, but victimizing helpless Palestinian civilian refugees instead. The Ziocon plan is to provoke a civil war in Lebanon, in which Hezbollah would be inevitably convulsed, and profit from the opening to attack Iran......"
Posted by Tony at 5:27 AM