Hezbollah:Resolution 1757 is transgression of Lebanon 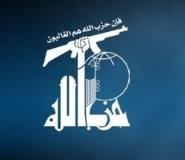 "31/05/2007 Hezbollah issued a statement to comment on UN Security Council resolution 1757 over the formation of the tribunal to try suspects in the assassination of former Prime Minister martyr Rafik Hariri.
The statement said:
1- There is national consensus on the persistent effort to uncover the perpetrators involved in the assassination of former Prime Minister martyr Rafik Hariri and try them for their ugly crime. This effort would have required the formation of a judicial-criminal court emanating from an internal agreement that preserves the role of institutions and respects Lebanese constitutional principles. The steps taken at the UN Security Council have put Lebanon in the direction of international interests and opened the doors for international interference in such a manner that Lebanon became under international tutelage with its decision making and sovereignty annulled, in an unprecedented manner in the history of sovereign states.

2- As much as the resolution constitutes a transgression of the state of Lebanon and an aggression against its internal affairs which is the responsibility of Lebanese institutions exclusively, it also violates legal principles and UN charters, objectives and principles. Consequently, this is a blatant violation that gives this resolution an illegal and unconstitutional attribute on both national and international levels. Perhaps the best way to express this, are the clear and frank remarks made by the representatives of abstaining states.

3- The pressure that had been exerted by the US administration on the UN Security Council to endorse the resolution, does not differ from similar pressures made by this same administration to pass resolutions which only serve the interests of the US political project, regardless of other considerations whether establishing justice, spreading illusive democracy or destroying weapons of mass destruction in Iraq. Consequently, the ruling authority has done the US administration a great favor, by giving it a political card to use for political pressuring. After fulfilling its missions, this ruling authority has become ineffective and unimportant in this domain, because all matters have now become subject to international political bargaining and the interests of major states, rendering Lebanon a card in their hands, and not just their arena.

4- The internal crisis in Lebanon, which the ruling bloc had sought to hide behind the issue of the tribunal of international character, had refused to pass it through constitutional principles and internal agreement that preserves Lebanon's sovereignty and had insisted on trespassing all of this to fulfill its goal to take the issue to the Security Council and endorse it under chapter 7 of the UN Charter, requires that this bloc realizes that the real crisis in Lebanon is still a crisis of political partnership among all the Lebanese to decide and rule; not to monopolize power and deal with the country as if it were private property allotted for investment to whomever secures the continuity of power and hegemony and protects private interests. "
Posted by Tony at 11:56 AM