More on the Stupidity of Hamas 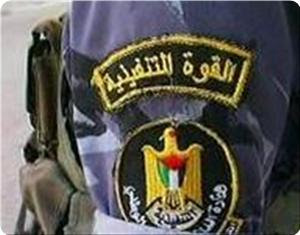 ""Hamas' intoxication with power" – that's how sources in the Gaza Strip explain the difficult blows sustained by the organization in recent days at the hands of the Israeli Air Force. On Saturday, five members of Hamas' special security force were killed in an air force attack on a Gaza post, and sources reported that special force members were abandoning their positions in wake of the attacks.

When Hamas was still a guerilla group with cells operating secretly, Israel was only able to eliminate a few activities here and there through missile strikes and targeted assassinations. Yet following Hamas' election victory, and after the organization's special security force was established by former Interior Minister Said Siam, Hamas' military wing, or at least part of it, became part of the establishment......

Yet this intoxication with power led Hamas to become more established, and this led to the abandonment of guerilla tactics.

Hamas' security force started setting up above-ground posts, headquarters, training bases, and lodgings – in short, it has become a much easier target for detection by the Israeli Air Force.

And so, instead of a desperate pursuit for cells operating underground, the brawl between the IDF and Hamas is increasingly taking on the qualities of a war between two armies, where Israel enjoys much greater strength than Hamas. In such war, Hamas has no chance.

The dilemmas faced by Hamas' leadership are not simple. The security force's presence is an expression of the organization's military power, which terrifies Gaza Strip rivals and makes Hamas an element that cannot be ignored. However, this presence makes it easier for the IDF to strike the organization to the point of gravely hurting its members and weakening it considerably.

Hence, it appears these days that Hamas' security force is experiencing what the PA's official security organizations experienced when they were bombed and severely hit by the IDF – a process that allowed Hamas itself to rise to a position of power.

The question being asked now is this: Are we now seeing "closure" that would lead to a decline in Hamas' power and a return of the official security apparatuses? Time will tell."
Posted by Tony at 4:31 PM