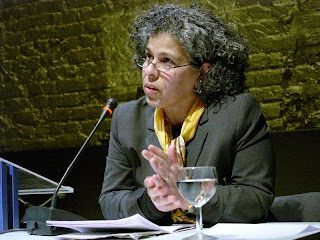 The members may want to pin responsibility on just one man, but they have a moral duty to question their own role

"Iraqis often debate whether it is the Labour party as an institution or Tony Blair as an individual that is the real British culprit in their tragedy. This issue needs to be addressed, not least for the future of relations between Iraq and Britain; but the debate echoes the deeply felt anger among Arabs and Muslims worldwide.

Blair's callousness about Iraqi lives and the country's ongoing destruction should now be notorious. In December 2004, the BBC's Andrew Marr asked Blair during a visit to Baghdad's Green Zone: "Many thousands of people have died for this moment, including scores of British people: are you sure that this prize was worth that price?" Blair's answers ranged from, "I know that we are doing the right thing" to, "Yes, I believe we did the right thing" and, finally, "I've got no doubt at all that that is the right thing for us to do".......

This is not unusual. History, the gatekeeper of collective memory, teaches us that dictators and tyrants never admit to committing crimes, but adamantly justify them by saying that they acted in the national interest. Parties and ideologies often act in the same way. Parties rise to power on the strength of declared commitments, and they must be judged on whether they fulfil them.......

In the fifth year of occupation, Iraq is a country of horrors, invoking comparison in the mind of Iraqis with the barbarity of the Mongols in 1258. An academic, who fears for his life, told me last week that every aspect of human rights has been violated.......

The Labour party should not be relieved of its responsibility just because Blair is leaving. It is the moral responsibility of its members to question the party's role in the destruction of Iraq, and whether its new leader will listen to them and to the people of Iraq......."
Posted by Tony at 6:26 AM