EXCELLENT!!
Posted by Tony at 1:51 PM No comments:

NOT MY PRESIDENT!
Posted by Tony at 6:33 PM No comments: 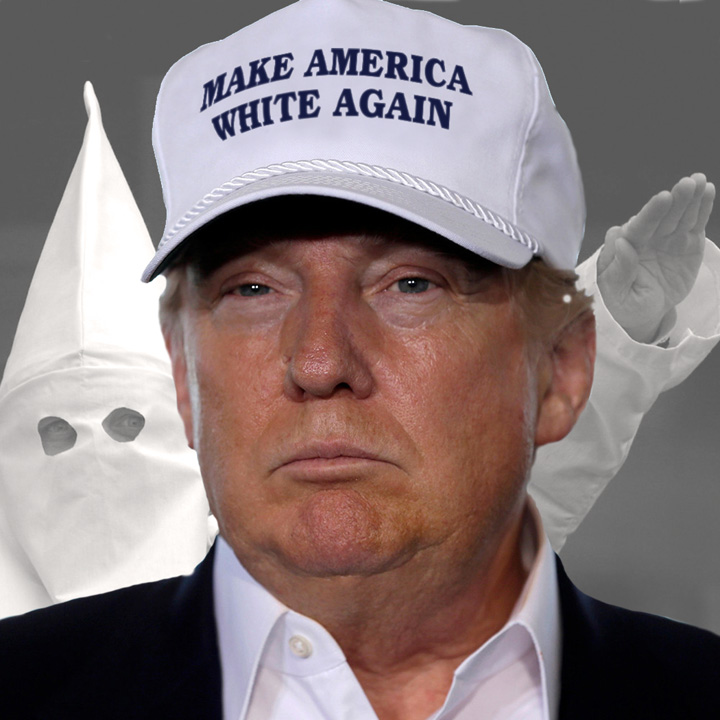 Trump is creating his American caliphate, and democracy has no defence 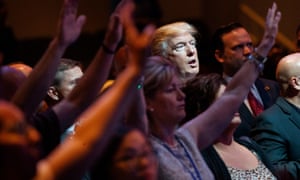 If there was a dictator’s playbook, the Donald Trump administration would now be on the “Instrumentalise Religion” chapter. Last week, in what sounded like the launch of a US caliphate, the attorney general, Jeff Sessions, reached for a biblical verse to defend his department’s policy of separating migrant parents from their children at the Mexican border, suggesting that God supports the government.
“I would cite you to the apostle Paul, and his clear and wise command in Romans 13 to obey the laws of the government because God has ordained the government for his purposes,” Sessions said. “Orderly and lawful processes are good in themselves. Consistent and fair application of the law is in itself a good and moral thing, and that protects the weak and protects the lawful.”

When Trump said that 'you just don’t see the expression Merry Christmas any more', it wasn't an earnest concern

When the White House press secretary, Sarah Sanders, was asked about Sessions’ statement and challenged to produce the passage in the Bible that says it is moral to separate families, she said: “I’m not aware of the attorney general’s comments or what he would be referencing, [but] I can say that it is very biblical to enforce the law. That is repeated throughout the Bible.”
It is hard to make any coherent sense of the Trump administration’s policies. They are the result of the temperamental whims of a man-child president and the indulgences of a weak, cynical and ideological White House. There is no coherent plan, just a race to the bottom in order to appeal to a base animated by resentment and grievance. But there are moments that signal a gear change, that show us – even though there is no design – there is direction. A path has been plotted by the forces that put Trump in the White House, and they will be fed; and that feeding is then justified by any means necessary.
After Charlottesville, where a woman lost her life after being run over by a man who held racist, pro-Nazi views, Trump said that “both sides” were to blame for the violence. It was a normalisation of white supremacy. When Trump embarked on a policy of attacking the press, it was an assault on accountability. Now his administration’s use of religion to justify its laws is another step in an alarming direction . The government is not only unaccountable: it is doing God’s will. There should be no focus on the brutality of law, only on obedience to the sovereign. Sessions, the grand mufti, had pronounced his fatwa.
To those of us who grew up in the Arab world, where Islam is often invoked by “secular” regimes in order to stem political opposition, and who are accustomed to this charade of piety, there is something chilling yet comforting in observing the authoritarian evolution of the Trump administration. There is a reason why some of those regimes will not do away with blasphemy laws, so handy are they in purging political opponents. It is chilling to see religion used this way in a supposedly sophisticated, liberal democracy, and in particular this element of it, which reduces politics to mere compliance. But it is comforting, in a macabre way, to have it proved that nowhere in the world have humans evolved beyond instrumentalising religion to justify tyranny. The most bewildering thing about US dictator creep isn’t that it’s happening: it’s that it is happening with such predictability.
The terror of the Trump doctrine is not in its innovation but in its imitation. The last few months are a testament to the fact that history is not past, that the passage of time does not necessarily imply progress. The words Sessions quoted were used in the 1840s and 50s to justify slavery. When abolitionists argued that slavery was cruel, and that separating families was a violation of religious ethics, they were met with the argument of religious compliance with the law. John Fea, a history professor at Messiah College in Pennsylvania, told the Washington Post: “Whenever Romans 13 was used in the 18th and 19th century – and Sessions seems to be doing the same thing, so in this sense there is some continuity – it’s a way of manipulating the scriptures to justify your own political agenda.” 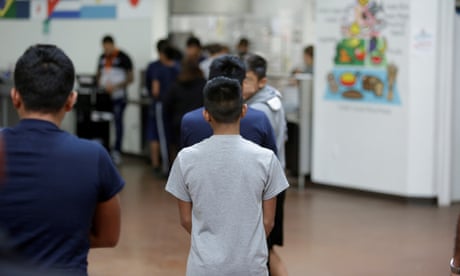 2,000 children separated from parents in six weeks under Trump policy

Read more
The invocation of piety is also familiarly threadbare when the behaviour of this holy sovereign, allegedly with God’s will vested in him, is taken into account. Trump is a man mired in allegations of infidelity committed across the course of his three marriages. His church attendance was summed up in his statement that he had “never asked God for forgiveness”, and he referred to communion as “my little wine” and “my little cracker”. Yet he received 80% of the white evangelical vote. Of his unlikely Christian support base, Amy Sullivan, in the New York Times, says: “Decades of fearmongering about Democrats and religious liberals have worked. 80% of white evangelicals would vote against Jesus Christ himself if he ran as a Democrat.”
This is the most sinister and most powerful element of the dictator’s playbook: the pact with the base. Every policy, every utterance, becomes about what it signifies to its target audience rather than what it objectively means. During the presidential campaign, when Trump said that “you just don’t see the expression Merry Christmas any more”, he wasn’t expressing, or even reflecting, an earnest concern about the erosion of Christian values. He was feeding a paranoia and nativist angst about race and identity. There is no Trump doctrine, but there is a Trump code, transmitted from the pulpits of the White House to his voters.
Where others see panicked children and parents mad with distress when ripped away from their offspring, Trump supporters decipher the scene in terms of what Trump is projecting: your fears are real, your will is done, and I am its executor. Once this line of communication has been established, there is little that can disrupt it, no appeal to emotion or logic that is fruitful. It is a feedback loop that is not about values or religion or even conservatism. It is about prejudice against the other and anger at liberals, the perceived enablers of the other.
To those Americans shocked that ancient biblical texts preaching obedience to the law are being uttered by senior White House officials, those of us who have gone through the anguish of holy texts being used to justify crimes against humanity can extend much empathy but no comfort – and the certainty that there is more to come.
• Nesrine Malik is a Guardian columnist
Posted by Tony at 6:42 AM No comments: