FACTS ARE LIES FROM QATAR BY WAY OF ISRAEL, ANYWAY.

Great comment by MIDEASTERNIST
I consistently grapple with writing on Syria because in all honesty, why bother? Everyone’s already come to their own conclusions. Everyone’s found the narratives that are convenient to their constructs. Put simply: everyone thinks they’ve got Syria all figured out. No one bothers listening to the Syrians speak for themselves. Syrian voices are drowned out by the experts, op-ed writers, and the talking heads.

(I strongly agree with the basic premise of the analysis, namely that Arab society is still basically tribal and in the pre-state stage. Add to this the influence of a distorted and narrow interpretation of Islam, and you end up with a recipe for endless killing and mayhem where all are against all.

Fragmentation and foreign domination are the goals and the result. Israel has nothing to worry about in this environment and will continue to expand.) 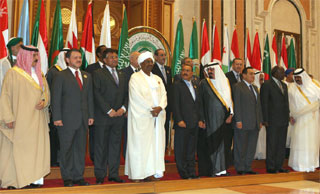 Worse than the dictators: Egypt’s leaders bring pillars of freedom crashing down Egypt is enacting authoritarian laws at a rate unmatched by any regime for 60 years, legal specialists from four institutions have told the Guardian.
Since the overthrow of Mohamed Morsi in July 2013, Morsi’s successors in the presidency, Adly Mansour and Abdel Fatah al-Sisi, have used the absence of an elected parliament to almost unilaterally issue a series of draconian decrees that severely restrict freedom of expression, association and assembly.
The speed at which the decrees have been issued outpaces legislative frenzies under the dictators Anwar Sadat and Hosni Mubarak, and is matched only by the period that followed the toppling of the Egyptian monarchy in 1952, according toAmr Shalakany, associate law professor at the American University in Cairo; Amr Abdulrahman, director of civil liberties at the Egyptian Initiative for Personal Rights; Mohamed Elhelw, head of legal research at the Egyptian Commission for Rights and Freedoms; and Ahmed Ezzat, a human rights lawyer, and previously a legal researcher at another prominent rights group.
“This is not normal,” said Shalakany. “Historically, it’s completely out of pattern with any normal legislation that we’ve had experience of in this country.” The only precedent, Shalakany said, was set by the Revolutionary Command Council of the early 1950s. “The rate is faster than even the last year of Sadat’s [tenure, 1981]; the scope is also wider.”

Legislation enacted by Mansour, an interim president installed by Sisi after Morsi’s removal, and Sisi himself, a former army chief elected to succeed Mansour, include laws that ban protest, expand the jurisdiction of military courts, remove several limits on pre-trial detention, and restrict media coverage of the armed forces without prior approval.
Advertisement
Most troublingly, the moves have been made without the involvement of parliament, and with only the nominal oversight of a cabinet and a committee over which Sisi has overbearing influence.
“Sadat and Mubarak did not use their capacity to issue controversial legislation in the absence of parliament to nearly the same extent as Sisi is doing now,” said Abdulrahman. “These are crucial decrees that relate to different spheres of economic and social life that passed without any kind of national dialogue.”
According to a roadmap drawn up after the overthrow of Morsi, who was himselfaccused of draconian measures, a parliament should have been elected by the end of 2013. Revisions to the roadmap then pushed back elections until July 2014. But despite the speed at which other laws have been passed, a second law needed to set elections in motion still has not been finalised, meaning Egypt may not have an elected legislature until summer 2015.
Sisi and Mansour have filled the vacuum with controversial decisions well beyond their constitutional remit. “The constitution gives the president the right to issue decrees in exceptional situations, out of necessity,” said Elhelw. “But the laws they have issued are not absolutely necessary. If they weren’t issued, the state would not stop.”
The surge of authoritarian legislation includes, in chronological order:

A Mansour decree let government ministers award contracts to companies without a public tender process. In the months after the decree, the army was awarded building contracts worth about $1bn.

The pre-trial detention limit for those accused of crimes punishable by life sentences was removed, technically allowing for certain unconvicted political dissidents to remain on remand in perpetuity.

The protest ban has become one of the state’s main new tools of oppression, used to arrest thousands of people.

This bans third parties from appealing against the awarding of government contracts. “It’s very dangerous,” said Ahmed Ezzat. “If you as a citizen see the contract contains corruption, you can’t appeal. And that is itself the definition of corruption.”

Experts warn a new voting system will privilege the old elites, and inhibit liberal parties that emerged after the revolution. “The electoral law is tailored to ensure the new parliament is exclusively for wealthy, Muslim men,” said Abdulrahman.

Sisi gave himself the power to hire and fire university heads, allowing him Mubarak-style control of campuses, the fulcrum of dissent since Morsi’s overthrow.

Requesting or receiving foreign funds for the purposes of “harming the national interest” is punishable by life in prison. The government says this is aimed at terrorists. Rights groups, whose funding is mostly sourced overseas, say the vagueness of the wording can be used against them, and have scaled back requests for help from abroad.

The army was given jurisdiction over large parts of public space, including roads, bridges and universities. The move was nominally aimed at terrorists but also makes it easier for the government to try members of the political opposition in the country’s opaque military courts.

Rights groups were given an deadline to sign up to restrictive Mubarak-era legislation, or face being shut down. The backlash has yet to begin – but several groups were frightened enough to scale back their activity, or freeze it altogether.

If rubber-stamped by Sisi, this law would expand the definition of terrorism to anything that “harms national unity”– loose phrasing that could be applied to the opposition. “It’s the most horrible new law in my opinion,” said Abdulrahman. “It’s very vague, and relates to almost anything. It’s almost unprecedented.”
Posted by Tony at 4:26 AM No comments:

US Massing Thousands of Vehicles in Kuwait for ISIS War

For years, the US was wondering what it was going to do with many thousands of war vehicles it shipped to Afghanistan when the drawdown left so many of them in surplus. At times they talked about giving them away, or shredding them.

Instead, 3,100 such vehicles have been sent to Kuwait, where the US is massing them for use in the ever-escalating war against ISIS. Officials simply found another war for them.
The bulk of the vehicles are MRAPs, used by ground troops to resist IEDs in travel, and that points to the buildup being done with an eye on an eventual US ground war in Iraq and Syria.

US Transport Command says that the Army has “room” to hold all the gear in Kuwait, and is simply storing it there until they figure out what they have a need for. History suggests they’ll invent needs for it, if nothing immediately springs up.
Posted by Tony at 4:12 AM No comments:

Coupon plan fails to stop black market in cement, while too few materials are making it across border into strip
Peter Beaumont in Gaza