Carlos Latuff: In #Gaza, Palestinians are NOT celebrating the World Cup Israel Awakens the Palestine It Tried to Crush 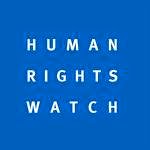 "(Baghdad) – Iraqi security forces and militias affiliated with the government appear to have unlawfully executed at least 255 prisoners in six Iraqi cities and villages since June 9, 2014. In all but one case, the executions took place while the fighters were fleeing Islamic State of Iraq and Sham (ISIS) and other armed groups. The vast majority of security forces and militias are Shia, while the murdered prisoners were Sunni. At least eight of those killed were boys under age 18.
The mass extrajudicial killings may be evidence of war crimes or crimes against humanity, and appear to be revenge killings for atrocities by ISIS, a Sunni extremist group that in the past month has captured large areas from the Shia-led central government. ISIS, which on June 30 changed its name to Islamic State, summarily executed scores of captured soldiers, Shia militiamen, and Shia religious minorities in areas it controls.“Gunning down prisoners is an outrageous violation of international law,” said Joe Stork, deputy Middle East director at Human Rights Watch. “While the world rightly denounces the atrocious acts of ISIS, it should not turn a blind eye to sectarian killing sprees by government and pro-government forces.”An international commission of inquiry or a similar mechanism should investigate serious violations of the laws of war and international human rights law by all sides in the Iraq conflict, including by government forces, pro-government militias, and ISIS and associated forces, Human Rights Watch said. The inquiry should be mandated to establish the facts, and identify those responsible for serious violations with a view to ensuring that they are held accountable. The inquiry should collect and conserve information related to abuses for future use by judicial institutions.Human Rights Watch documented five massacres of prisoners between June 9 and 21 – in Mosul and Tal Afar in northern Nineveh province, in Baaquba and Jumarkhe in eastern Diyala province, and in Rawa in western Anbar province. In each attack, statements by witnesses, security forces and government officials indicate that Iraqi soldiers or police, pro-government Shia militias, or combinations of the three extrajudicially executed the prisoners, in nearly all cases by shooting them. In one case the killers also set dozens of prisoners on fire, and in two cases they threw grenades into cells.More than a dozen residents and activists in the attack areas told Human Rights Watch they believed that as ISIS began freeing Sunni prisoners elsewhere as it advanced south, Iraqi security forces and militia killed the prisoners to prevent them from joining the rebellion, as well as to avenge ISIS killings of captive government troops. The murder of detainees during armed conflict is a war crime and, if carried out on a large scale or in a systematic manner, as a state policy, it would be a crime against humanity......"
Posted by Tony at 8:13 AM No comments:

Rami G. Khouri| The Daily Star
As we commemorate the 100th anniversary of the start of World War I, we can get a better understanding of the conditions of that time by following closely events in Palestine this week.
That is because Israeli behavior provides the best window we have into the mindset of the Western colonial powers a century ago, when foreigners with superior military equipment and an equally grand sense of their own national superiority killed, occupied, jailed, slaughtered, and exiled Arabs at will, treating them more like animals than human beings.
What we are witnessing today is Israel behaving against Palestinians much as the French, British and Italian colonial powers behaved against Iraqis, Syrians, Egyptians, Algerians and Libyans a century or more ago. In its colonization of Arab lands and its raw military savagery against civilians, Israel gives us the best history lesson available of the conduct of colonial powers who treated natives as servants or subversives without rights, and who dealt with them primarily by repeated shows of force.
Without the explanatory lens of colonial behavior, I can think of only two ways to understand how Israel can repeat every few years what it is doing now in Gaza, unleashing the power of its advanced military machines against an essentially helpless civilian population that has neither a means of escape nor shelters from the nonstop bombings from the air. Either Israelis are incredibly stupid people who do not grasp the futility of their repeated attacks that never seem to bring about the acquiescence, passivity and servility they seek from the Palestinians; or they are pathological killers who relish the sight of bombed Palestinian homes, weeping mothers and the burned and dismembered bodies of dozens of children.
I know that Israelis are neither of these things. They are normal people like all other people. So why do they keep doing what they are doing now, such as dropping 400 tons of explosives on defenseless Gazan families in 36 hours? Why do they do this and then return every few years to doing the same thing, always seeking to stop the Palestinians’ armed resistance against Israeli occupation and siege, but never succeeding?
They do all this because they are locked in perhaps the longest running colonial confrontation in the world, between Jewish nationalism-Zionism and Palestinian Arab nationalism. They are acting exactly like all other colonial powers did toward the locals they conquered during the 18th and 19th centuries. This conflict started in the late 1890s with the First Zionist Congress’ call for the establishment of a Jewish national home in Palestine and the promotion of Zionist settlements in that land that was over 90 percent owned and inhabited by Palestinian Arabs. For 120 years now, Jewish Zionism and Palestinian Arabism have clashed, and Zionism has prevailed militarily and in other ways, but Israel treats Palestinians who resist its power and its aims like dogs.
Zionism’s conflict with the indigenous Palestinian Arabs is now into the sixth generation, and counting. The 1.5 million Palestinians of 1947 are now around 8 million, and counting. They are all resisting in their own ways – never forgetting who they are and where they came from, never accepting their dispossession and exile, never acquiescing that they must somehow live eternally in their own Babylonian exile.
Seeing Israel- Palestine and the wider Middle East today through the lens of the destructive consequences of colonial excesses helps us better understand the two dominant phenomena of the region today: the long-term instability and continuing conflicts sparked by colonial adventures a century or more ago, in the Middle East and other parts of the South; and the lingering tensions and violence in Palestine-Israel, which continue in an unbroken legacy from 19th century colonial practices.
Many anti-colonial movements around the world ultimately ended White Western tutelage over vast expanses of the globe – except for Palestine, where the descendants of indigenous Arabs today still battle the descendants of immigrant Zionists (the small indigenous Jewish community that had lived in Palestine for centuries was always part of the local culture, and was not seen as alien or threatening, because they were not alien or threatening, or colonial in their mindset).
The delayed consequences of colonialism include the astounding varieties of political and sectarian violence and chaos that we are witnessing across the region, most viciously in Syria, Iraq, Libya, Algeria and others lands that had been colonized by European powers and then ravaged by their own incompetent and vicious military rulers. These tumults, and the savage battles in Palestine-Israel, suggest that the colonial era has never really ended, and that we are still suffering the ugly consequences of White men from the North with powerful guns and fighter planes who feel they can kill thousands of darker people from the South with total impunity – and come back and do it again three years later, and again three years after that.