On all three occasions, the media was told that the level of hunger in the camps was a lie, that eyewitness accounts were delusions and that the hunger victims were hungry for fame. In all of these instances, the forces imposing the siege on the camps would eat and drink in front of the cameras of the news agencies on the outskirts of the camp, in order to further humiliate and insult the people

By Tamim Al-Barghouti
The Yarmouk camp for Palestinian refugees in Damascus has been under siege for months, exposed to ground and air strikes, causing several of the refugees to die of starvation and resort to eating leaves and cacti, as well as the spread of intestinal and skin diseases due to the lack of clean water. 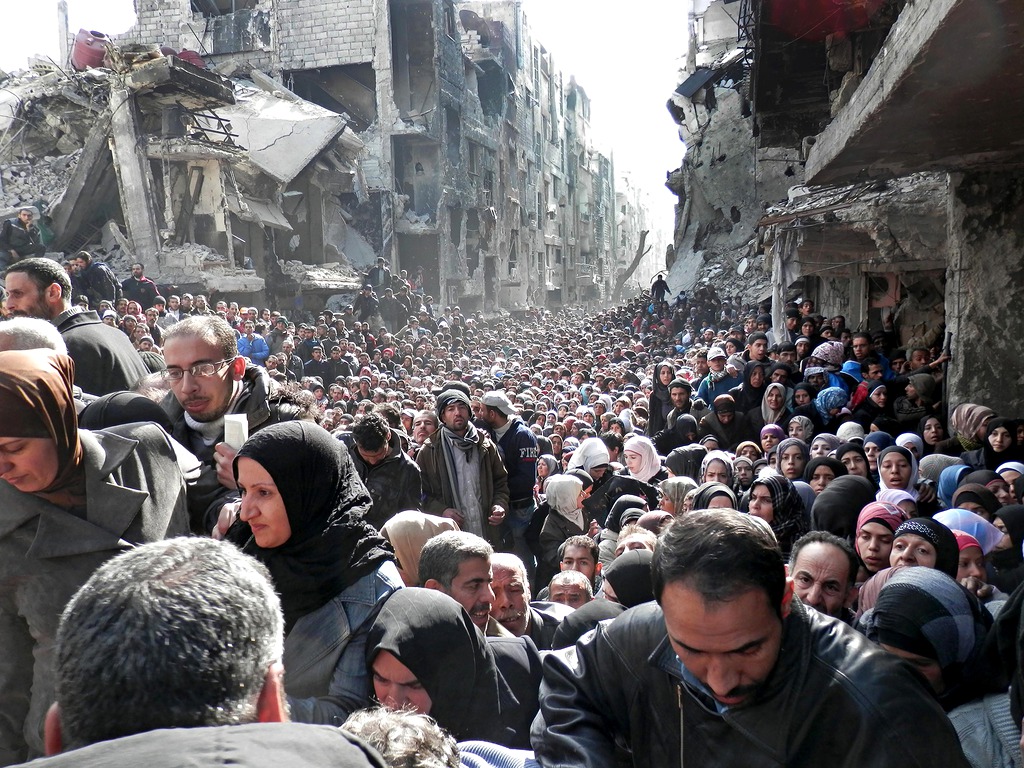 Haven't visited the Pundit for a while.
I'm laid up due to a recent surgery so I'm going to try to read your new postings every day while I'm off work.
This particular piece is maybe the grimmest article that I've seen on Syria, but we need to know the truth to the extent that we can.
Thank you.

Good to hear from you again, buh. I hope that you recover quickly from surgery and I hope that it is not too serious.

Its indeed a travesty but I cannot understand why you ignore the root cause of why they are refugees there in the first place and why you blame "israel" for only one attack on Palestinians (Gaza) and more on Syria who took in the Palestinian refugees from 48 and 67.

Thank you for this excellent piece. Please edit and add one more chapter: the joint siege of the Palestinian camp in Tripoli, north Lebanon, in late 1983, by the Syrian armed forces, the traitorous PFLP-GC gang (which was firing long range missiles right into the camp)and the Israeli navy, shelling the camp from the sea.